Peck and Snyder’s SS21 collection has arrived at the 5th, and with warmer weather on the horizon, their laidback tees are perfect for easing you into the summer season.

As one of the oldest brands here at the 5th, Peck & Snyder has a rich history that dates back to 1866 when Andrew Peck and Irving Snyder opened up shop at 124-128 Nassau Street in New York. As a sporting goods company, they found early success with their invention of the first rubber-soled canvas tennis shoe, and the two-wheeled incline skate. However It wasn’t until 1869 that they really made their mark when they created what many collectors believe to be, the first mass-produced baseball card. The card itself came about when Peck & Snyder sought to advertise their business. This in itself was not unheard of as photography was still in its infancy, with newspapers not yet printing photographs, hence many mid-Victorian businesses in the city advertised by distributing mass produced cards. But Peck & Snyder’s is thought to be the first of the baseball variety. Pretty cool, right?

The card, of which there are several varieties, features a team photograph of the pioneering Cincinnati Red Stockings, who, in 1869, became baseball’s first all professional team, with ten salaried players. In some versions of the card, the players names were printed beneath the photo: front and centre is Harry Wright, who, along with playing centre field, is credited with assembling and managing the team. For his contributions to the game, the England born Wright was posthumously entered into the Baseball Hall of Fame in 1953 and the Cincinnati Reds Hall of Fame in 2005. Depending on their condition, these cards, especially those including the players’ names, are worth a small fortune nowadays (according to The New York Times one was sold in 2009 for more that $75,000) and attest to Peck & Snyder’s important role in Baseball’s formative years. As for them, and countless Americans, baseball was about something larger. it was about beginning to heal the rift caused by the Civil War that ended merely a year before Peck & Snyder set up shop in Lower Manhattan: ‘Although their emotions were still raw from the war, Americans found the rapidly spreading popularity of baseball was a common ground upon which to gather. Men that only a year earlier had tried to kill each other on the battlefield were now teammates on the ball-field.’ 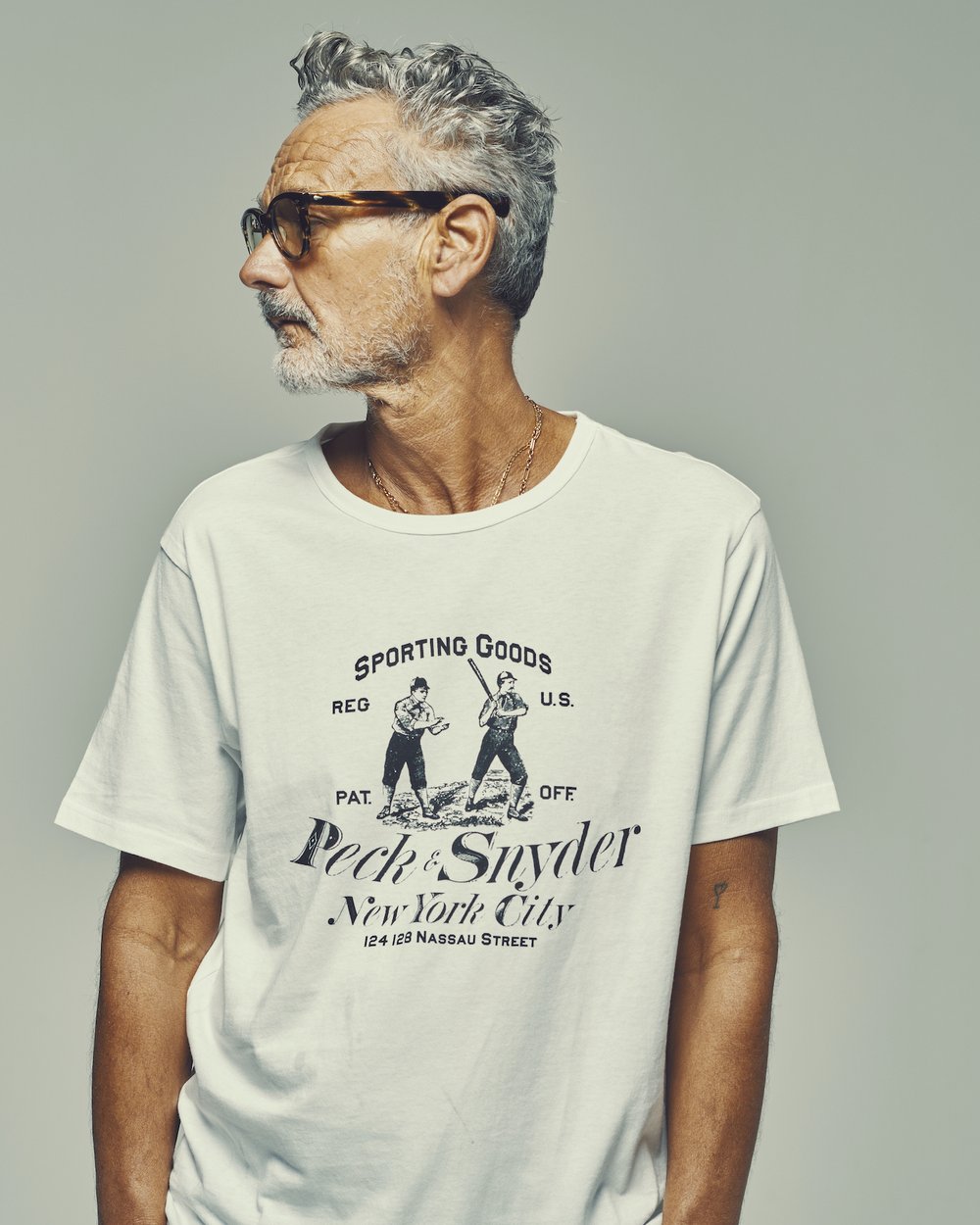 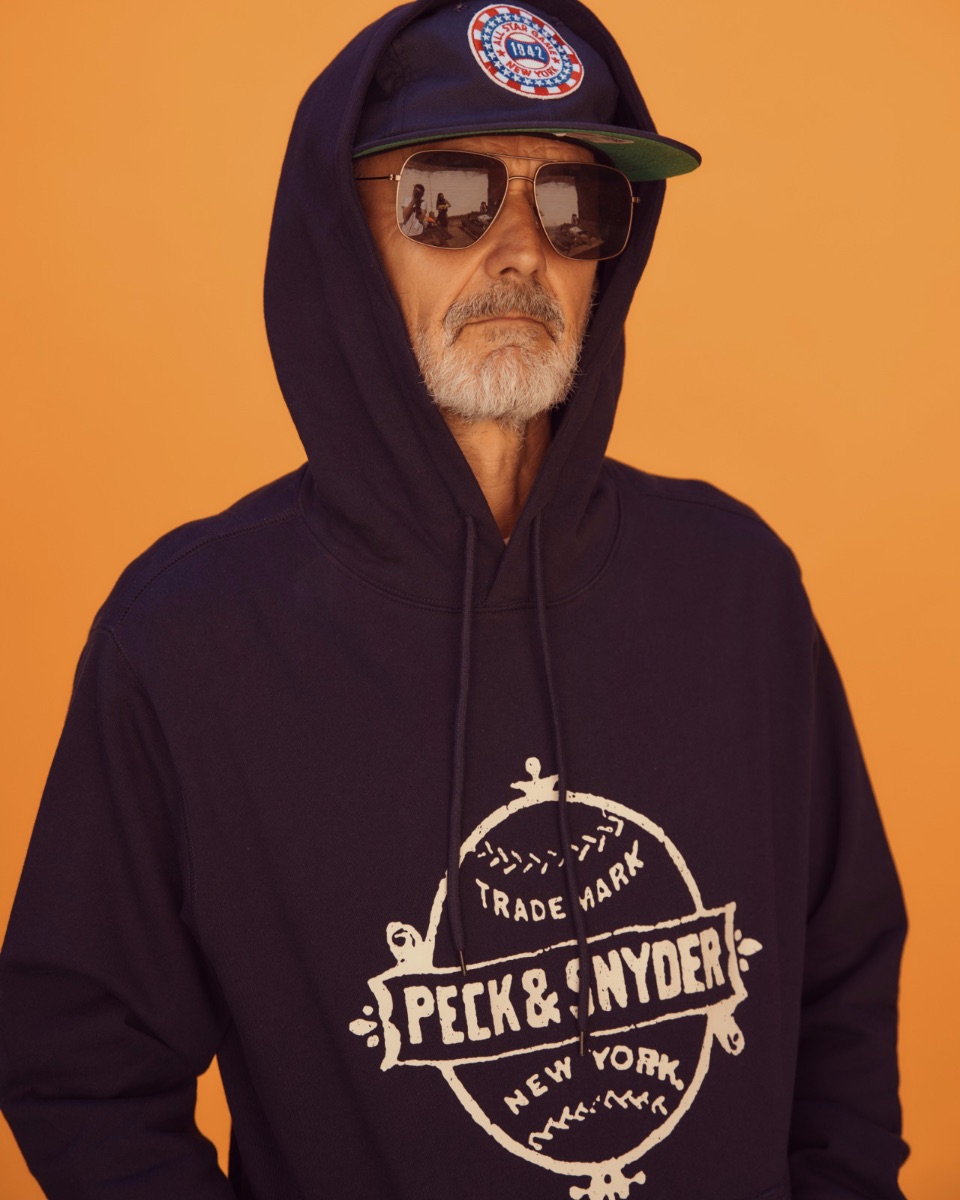 The folks at Peck & Snyder were only too happy to facilitate this connection and still, over 150 years later, are immensely proud of the small role they played in bringing baseball to the forefront of American sporting culture and in doing so, uniting parts of the country that had, for a long time, been irreconcilably different. Over time, Peck & Snyders’ focus has shifted towards casual wear but nonetheless their sporting origins still have pride of place on many of their designs. Direct from the Peck & Snyder archives, the designs featured on the Outfielder tee, Boxing tee and Sparring T-shirt (all available at The 5th) are from the legendary boxing and baseball teams. Teams that Peck & Snyder assure us were extremely successful in their era. We love the unique design on the Outfielder Tee, but equally if you’re searching for an understated, contemporary style then look no further than the original Sporting Goods T-Shirt.